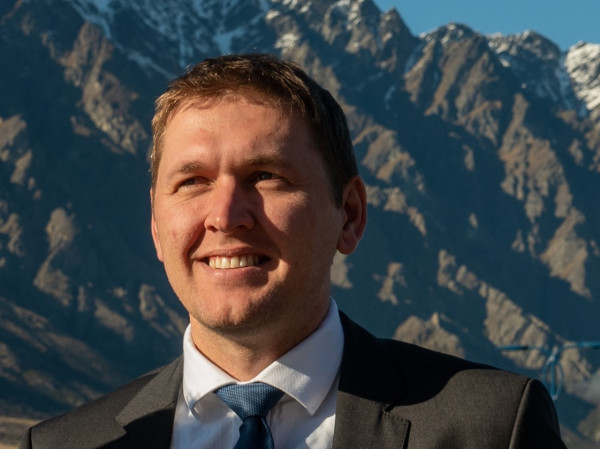 Ross Copland has been appointed the new Chief Executive of Infracom.

Copland takes up his new role on 29 June taking over from Establishment Chief Executive Jon Grayson, whose last day in the office will be 26 June.

Dr Bollard says, “We are delighted that Ross has put his hand up for the role with his background in engineering, construction, property and facilities.

“With New Zealand now taking the learnings and challenges from Covid-19, infrastructure has an even more important role to play in leading the recovery and to ensure our country has the right infrastructure in place for a thriving New Zealand.

“The Board and staff at Infracom congratulate and welcome Ross to the team.”

Infracom Chief Executive Ross Copland says, “The short and long term implications of recovery from Covid-19 present New Zealand with many challenges, and for those that are in the infrastructure sector Infracom is ready and willing to take a leadership role, with the Infrastructure Pipeline and 30 year infrastructure strategy critical in contributing to this.

“I am honoured to be given an opportunity to lead and work with some of the best people in their field to improve New Zealanders' lives through better infrastructure.”

Dr Bollard acknowledged the outgoing Establishment Chief Executive Jon Grayson, for his work in establishing Infracom and preparing it for the development of its first 30 year strategy.

“Jon was appointed Establishment Chief Executive, and he has recruited a professional management team and staff enthused about the potential of Infracom to make a positive difference to the wellbeing of New Zealanders into the future.

“He has created a solid basis for Infracom’s success, and I wish him well in the next stage of his career.”

Grayson was instrumental in the establishment of Infracom in his former role as Deputy Secretary, Commercial and Financial at the New Zealand Treasury.  He is returning to Australia where he previously held senior roles in the public sector and investment banking.

Grayson says, “I am privileged to lead the establishment of Infracom which has so much potential to improve national productivity and the wellbeing of New Zealanders. I wish Ross and the team all the best in taking Infracom to the next stage.”

Ross Copland has a background in the design, procurement, financing, and delivery of infrastructure as an engineer, an asset manager, and a Chief Executive.  After graduating he worked in commercial construction and property on both sides of the Tasman, finishing up as National Operations Manager for Westfield in 2013.  Ross returned to New Zealand with his wife and two children to pursue a career developing tourism infrastructure where he gained experience navigating New Zealand's complex planning and stakeholder environments.  His interests include renewable energy, infrastructure resilience, decarbonising transportation and freight, smart networks and sustainable urban development.